Why is First Mover Advantage Important in Business? 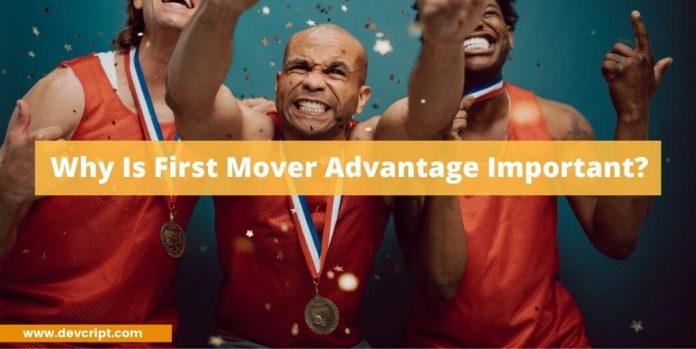 “It is better to be first than it is to be better“.Being the first mover has always been a boon for most of the time. Many people believe that concern in marketing is to convince other people that you have a better product or service but this is not true. The main affair in marketing is to first create a category you can be first in so you can reap the benefits of having the first-mover advantage.

Law of first-mover advantage: It is better to be first than it is to be better. It is much easier to get into the mind of customers by being first in the category than convince the same that you have a better product than one who did get there first. If you have a small market share and you are battling large and better-financed competitors then your marketing strategy was wrong in the first place and you have broken the first law of marketing which is called the law of first-mover advantage.

Demonstration of Why First Mover Advantage Is Important?

Why first-mover advantage is important can be demonstrated by asking yourself only two questions:

Bert Hinkler was the second person to fly the Atlantic ocean solo. Bert was not only a better pilot but also flew faster, consuming less fuel. Still, is he known widely? NO? 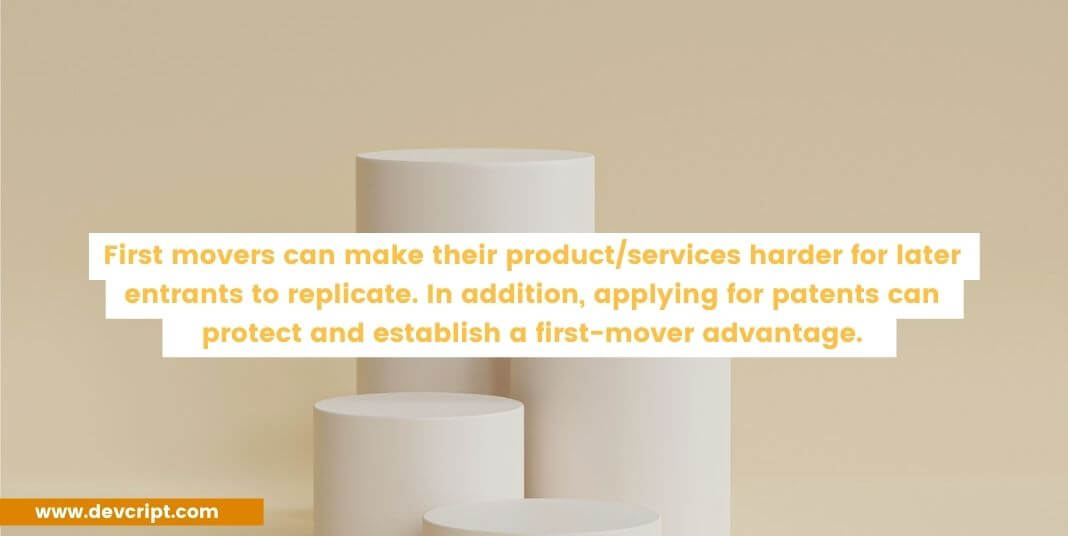 In spite of the superiority of the Lindenberg approach, most companies adopt the Bert Hinkler approach. They wait till the market develops. Then they jump in with a better product, often with their corporate name attached. In today’s competitive environment, a me-too product with a line extension name has little hope of becoming a big, profitable brand.

The first brand in the prospect’s mind is always the leading brand in that particular category. Hertz in rent a car, IBM in computers, Coca- Cola in Cola. Heineken was the first imported beer to make a name for itself after world war 2.

Now even after many years guess which accompany company has the largest market share? one which tastes the best? or Heineken. Today there are 425 brands that sell imported beers. Of course one of these brands must taste better than Heineken but does it really matter. Heineken still is the no.1 imported beer with a market share of around 30 percent.

Not every first is going to become successful. The main thing is that timing is the issue- Your first could be too late. That is what happened with USA TODAY which is the first national newspaper but how can even though, USA TODAY being the first in the national newspaper segment ever can compete in the television era. 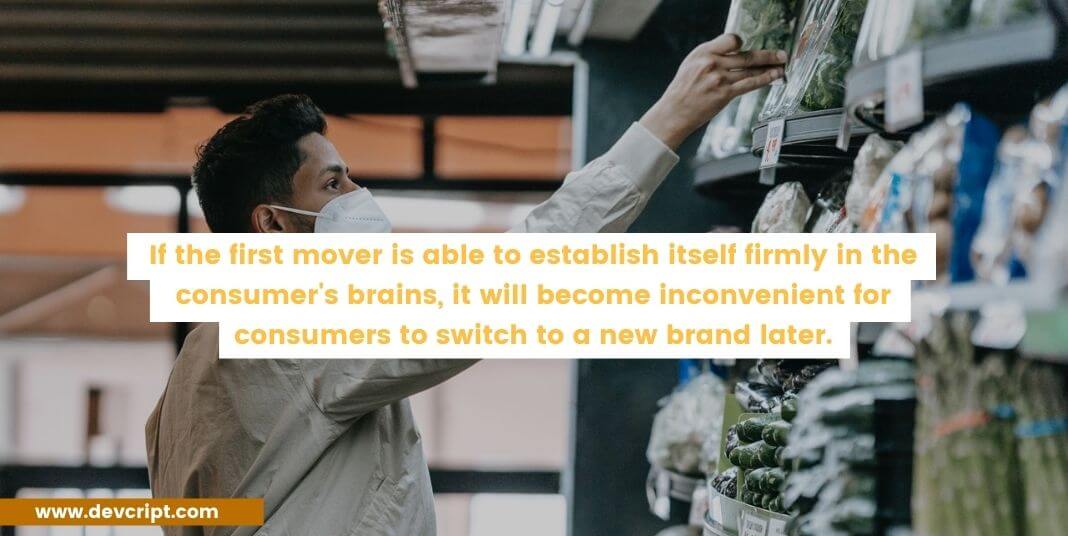 Some first are just bad ideas that are never going to take off. Frosty Paws is the first brand in the dog’s ice cream segment. Even though it is the first it is unlikely it will succeed as dog owners might think that it is not necessary for dogs to have their own ice cream. They are just good with licking plates.

The law of leadership can be applied to any product, brand, or category. The thumb rule is that if you want to guess the first brand in any category just substitute first with the leading brand and most likely you will have your answer. Guess the first college founded in America…finding it difficult to answer..name the leading college in America today. Most people will answer HARVARD which is also the first college founded in America.

No two products can be similar more than twins. Yet you will see them complaining that the first of two whom the person meets becomes their favorite even after knowing another person also. Most of the time people tend to stick with what they have got.

The law of first-mover advantage does not only apply to soft categories but also to hard categories segments like automobiles and computers. IBM was the first mainframe computer, Acura was the first luxury Japanese car, Sun Microsystem was the first workstation, and Jeep was the first four-wheel off-the-road vehicle. Guess what Sun, IBM, Acura, and Jeep are all leading brands. 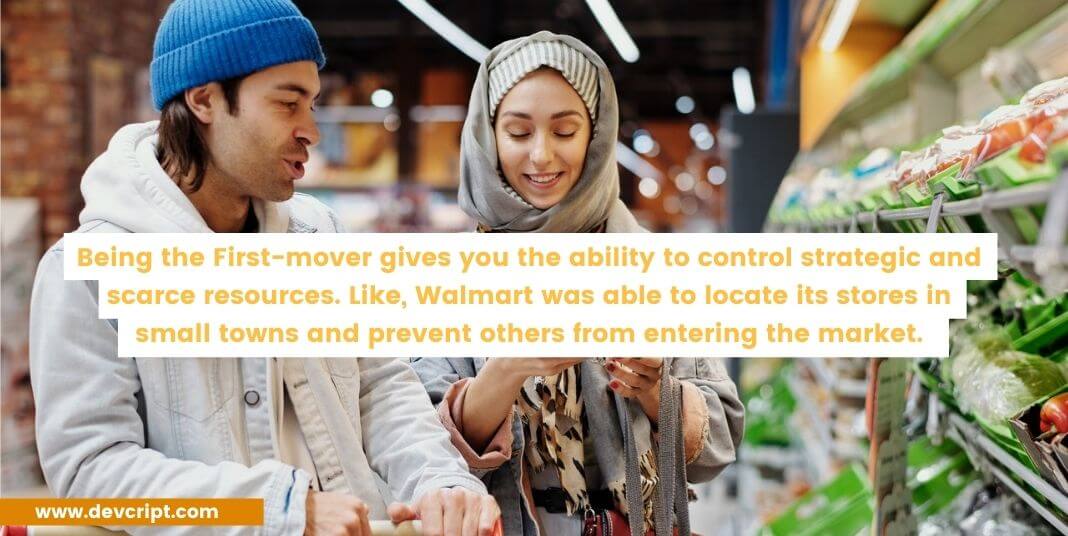 They would offer you coke when all they have is Pepsi Cola. Most people use brand
names when they become generic: Band-Aid, Fiberglas, Formica, Gore-Tex, Jello, Krazy Glue, Qtips, Saran Wrap, Velcro—to name a few. In India, there are many messaging apps but WhatsApp was the first one among them, now WhatsApp’s name has become so generic that it is often used interchangeably with messaging.

If you are introducing the first brand in the new category, try to use a name that can be used generically. Being first in the new category will not only help in gaining a leadership spot but will also help in capturing major market share as the sales order of follow-up brands often matches the order of their introduction.

If the secret to success is getting into the prospect’s mind first, what is the most important strategy to any company?  The Better product strategy.  Benchmarking is the latest and the hottest subject in business management and it is often touted as the ultimate competitive strategy. Benchmarking is the process of evaluating your product against the market’s best product.

Unfortunately benchmarking does not work. regardless of reality, people perceive the first product in the prospect’s mind as superior. Marketing is the battle of perception and not the products.

Saquib Ahmed
Hi, I am a business student, currently learning about Finance and Digital Marketing. I have also a keen interest in technology too. I enjoy reading and presently I am reading "The Psychology of Money". With these blogs, I am trying to make a journal for myself so that later when I look back I can see how due to my small initiative, helped to shape people's life and how much I grew.
RELATED ARTICLES
Business

How Market Research Can benefit Entrepreneurs ?

Is Perception More Important Than Reality in Marketing?

How to Create An Online Fitness Business Plan In India?

How Market Research Can benefit Entrepreneurs ?