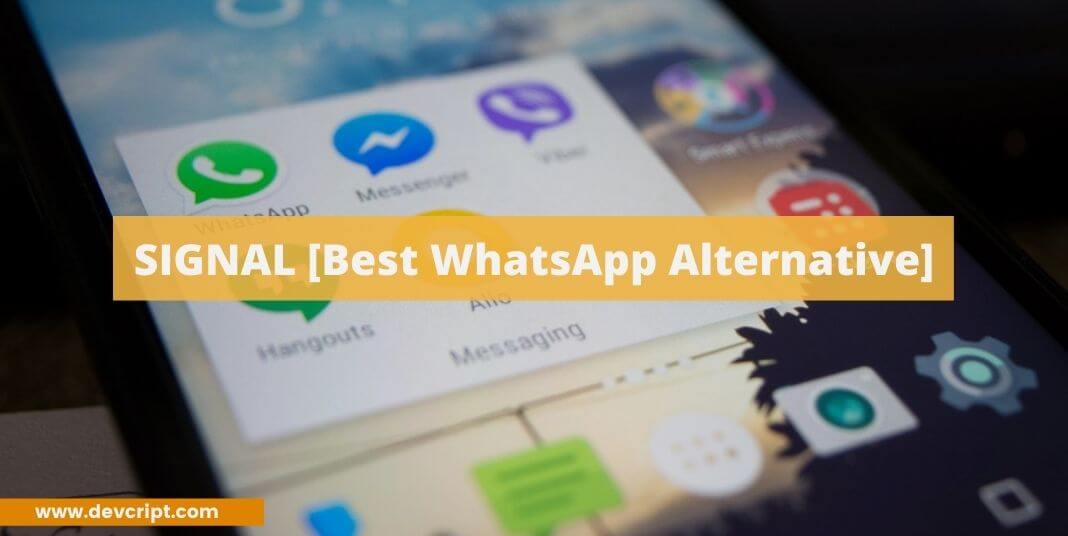 After Whatsapp has recently updated its privacy policy on 6th Jan 2021 and made it explicit that its user’s data will be shared with Facebook, more and more users are switching towards SIGNAL which is also a messaging app but does focus on privacy, unlike Whatsapp. Tesla CEO Elon Musk has also recommended his Twitter followers to use SIGNAL which has resulted in the app topping the chart.

Well, the app has been around since 2014 and also has other endorsers like Edward Snowden popularly known as a whistleblower and former Whatsapp co-founder Brian Acton. The Signal tagline is “focus on privacy” and offers service which is end to end encrypted. We will tell you everything that you need to know about SIGNAL and how It is the best alternative to Whatsapp.

It was developed by Signal Foundation and Signal Messenger LLC which is  Non Profit company. It was built by Moxie Marlinspike who is also the CEO of Signal Messenger and also an American cryptographer. Brain Acton who is Whatsapp Co-founder left WhatsApp in 2017  and has invested $50m in Signal.

It is more privacy centered but collects minimal user data without compromising the very feature for which it has become popular among the people. 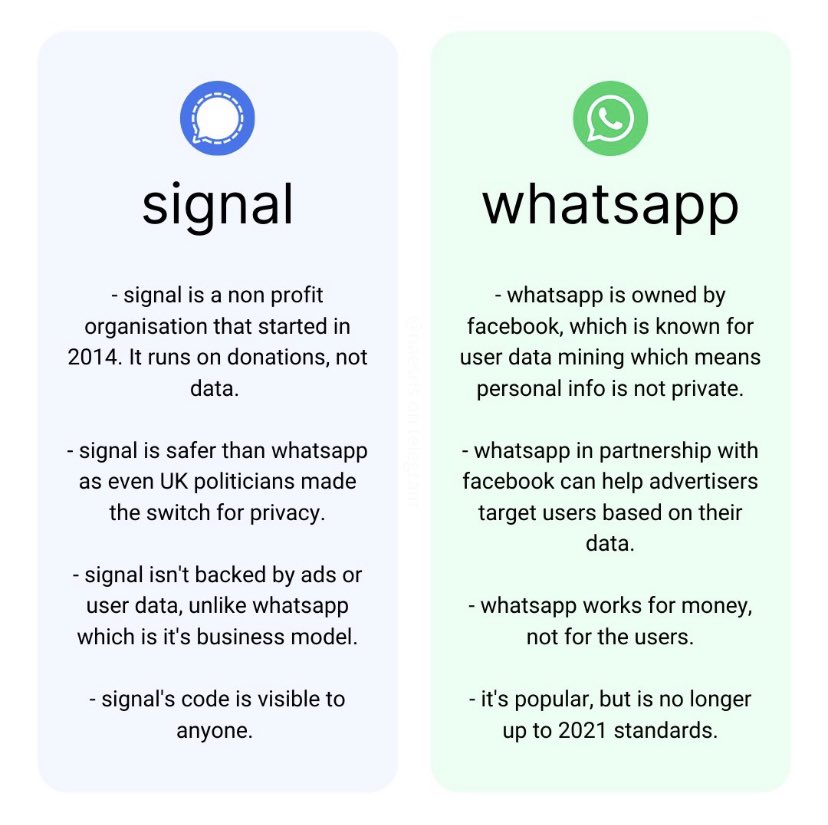 Also read, Can You Have A Life Without WhatsApp? Meet The People Who Never Use It

Your Signal account can be linked to any other device but the major concern and drawback of this app are that you would not be able to access chat history because all the messages get stored up in the individual device itself. The signal is built to have direct communication between the people with the primary focus on privacy so it does not have any features dedicated to economic activities but yes small, medium or larger enterprises can get themselves registered as regular users.

Making a backup of chat history is not possible as data can not be stored in any cloud storage if your device gets lost and you set up SIGNAL on a new device you would not be able to access all your previous chat including messages, pictures, Files and other contacts all get lost.

It has scores of privacy centered features which makes it popular among the people. It has the feature of “relay call” Enabling which results in the call going through a signal server to avoid revealing your IP address to your contact but using such features will also result in a low-quality call as per Signal. If you do not want other people to know whether you have read their messages or not, it has the option of a turn on or off read receipt on top of that you can switch off or on typing indicator.

Unlike Whatsapp, it has no feature of status means one can not see whether you are online or offline. It is also embedded with a Screen lock feature which keeps your account safe however incoming calls or messages can be answered even if the screen is locked.

It has also the feature of a security PIN to prevent unauthorized use. One can also set up a reminder to keep asking for the PIN from a user of the account. One can also change the security PIN by going into the settings but if you forget the PIN there is no way it can be recovered back.

Does it collect Data?

Yes, it does collects data but only with the objective to operate the services. Phone number is only collected with additional technical information including ” authentication tokens, keys, push tokes, and other materials which get stored on its server necessary to establish a call and transmit messages.

As per the SIGNAL privacy policy, it has been built to never collect or store any data which may prove to be material and detrimental to its user. Entire messages and phone calls are ends to end encrypted means no third party can access it even SIGNAL.

On its server, it does queue ” end to end encrypted messages for delivery to devices which are temporarily offline. Signal has also made it very clear that encrypted messages can not be decrypted or is accessible by the company itself or any third party. The company has also stated explicitly without an ounce of doubt that it does not sell, rent, or monetize your personal data or any content of your sensitive information.

This app will also let you see that who in your address book is signal user however it has made very clear that this information is kept secure but this information can be cryptographically hashed and transferred with the purpose to know that which of your contact is registered. if the user relies on third-party services in connection with signal services, it may share some data with the third party to provide some services.

Saquib Ahmed
Hi, I am a business student, currently learning about Finance and Digital Marketing. I have also a keen interest in technology too. I enjoy reading and presently I am reading "The Psychology of Money". With these blogs, I am trying to make a journal for myself so that later when I look back I can see how due to my small initiative, helped to shape people's life and how much I grew.
RELATED ARTICLES
Softwares