HomeTechnologyHow to Build a Career in Blockchain
Technology 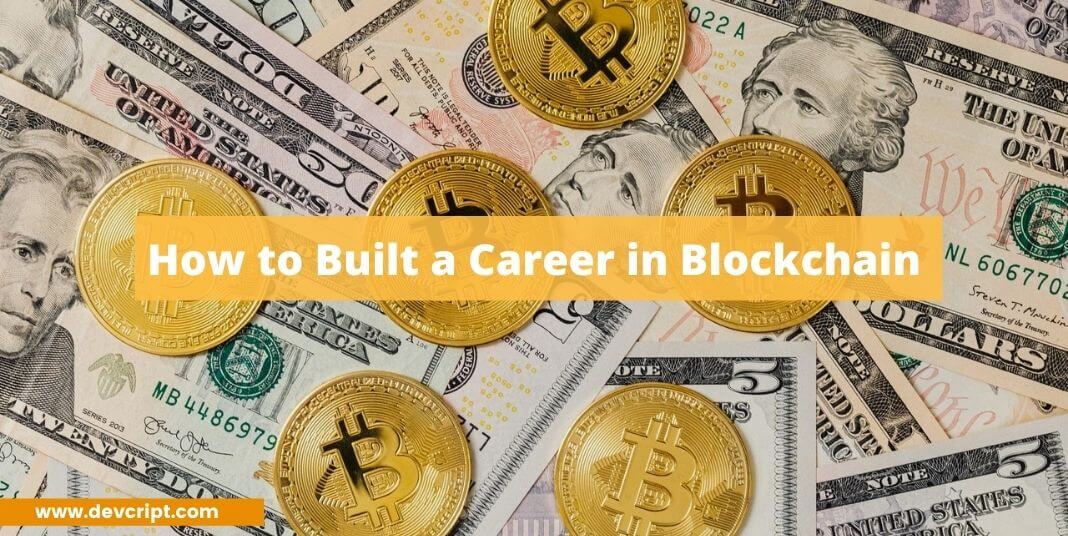 Blockchain, as the name suggests, is a chain of blocks that are linked together using cryptography. These blocks contain data (such as transaction data, medical reports, documents, etc.), a timestamp denoting the time the block was created, and a cryptographic hash of the previous block. This links the blocks to one another in a linear fashion. The blocks once created are immutable and the data inside them cannot be changed. Thus, the blockchain transactions are transparent and visible to all. Development in the industry has led to a viable career in blockchain.

Blockchain doesn’t run on a single server but it runs on a network of individual or group of computers which makes the Blockchain technology decentralized. Being decentralized makes it transparent as well as secure. Each block in the chain has its hash along with the hash of the previous block. If a hacker tries to make changes to one of the blocks, it would be identified as illegitimate after comparing it to other blocks in the chain.

Is there a Scope/ Career in Blockchain?

Blockchain is a relatively new technology and is being called ‘The Fuel of The Future’. Thus, to make use of this technology we need experts from this field. Blockchain expertise is one of the fastest-growing skills today. People who have Blockchain skills are in very high demand. This is due to the application of blockchain in various fields such as Banking, Finance, Health Sector, etc. 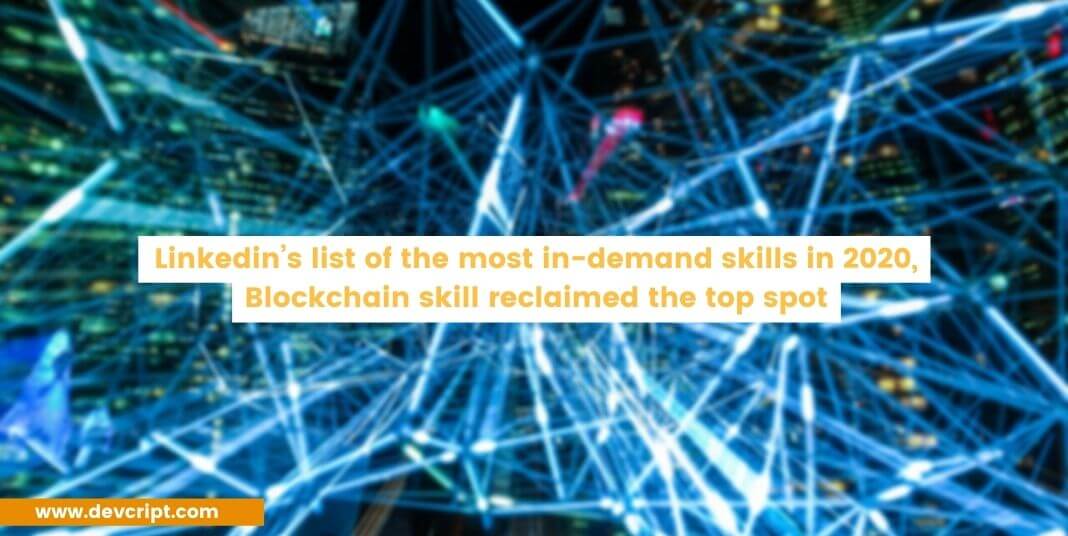 Blockchain offers you various career options and job profiles. Here are some of the hottest and highest paying jobs/opportunities in blockchain.

Skills Required to be a Blockchain Developer

To be a Blockchain Developer you should have good knowledge of the blockchain, its architecture, and how it works. You should be well versed with the concepts of different data structures like Merkle Trees, Patricia Trees, etc. You should have a good understanding of cryptographic hash functions and how it is used in blockchain. You should also know languages such as C++, C#, JavaScript, etc. The language used for blockchain coding is Solidity.

A Blockchain Quality Engineer is responsible for maintaining the quality of the blockchain project. He has the role of testing the system and ensuring that all points of quality are maintained. A quality assurance engineer ensures that all the areas of the projects are of the desired quality.

Skills Required to be a Blockchain Quality Engineer

To be a Blockchain Quality Engineer you should know about blockchain and how the blockchain platform operates. You should also have good knowledge about blockchain technicalities such as smart contracts, transactions, etc. Having coding experience along with problem-solving capability is a necessity for this position. Knowledge of economics and good communication skills are highly recommended.

Blockchain is a new technology and most countries do not have clear laws regarding the use of blockchain technology. When organizations try to implement blockchain into their systems there can be legal issues and disputes. To handle these legal issues the organization needs people who have the legal expertise and can help the company to implement the technology in compliance with the financial and governmental regulations.

Skills Required to be a Blockchain Legal Consultant

The most essential skill required for this job is a good knowledge of International Laws as well as the Fintech regulations of the country where the organization is based at. If you are a lawyer by profession, then you can apply for this job. 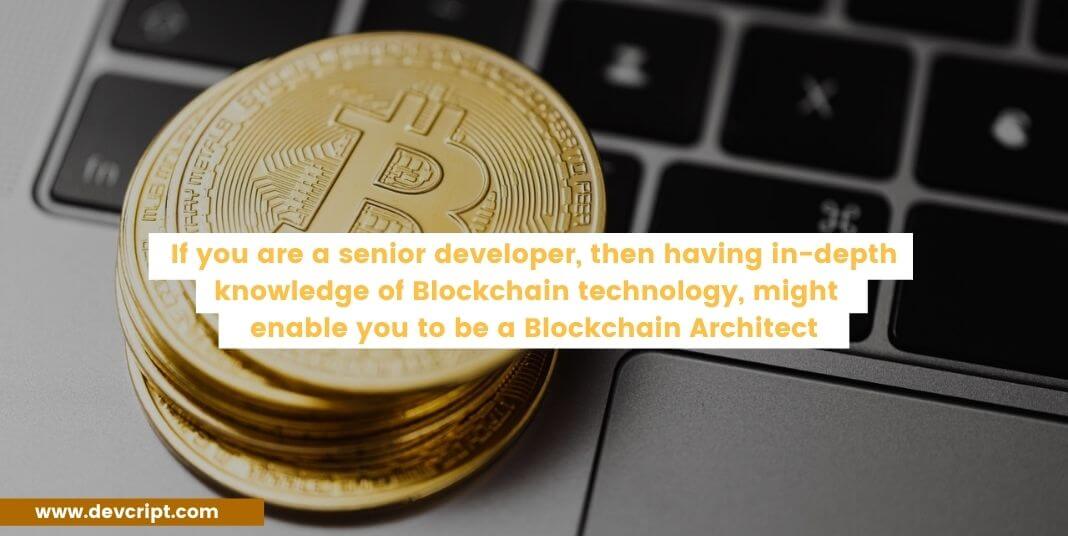 Blockchain UX Designer plays the role of designing a User Interface for the blockchain-based project which makes it user-friendly as well as reflects all the features embedded in that system. Having a good User Interface is very important to provide the people using the system with the best User Experience. Blockchain Designers need to design a User Interface such that it creates trust between the user and the organization.

Skills Required to be a Blockchain Designer

If you have the resources and capabilities to build your product based on blockchain technology, you can start your own company too. Blockchain-Based Startups are highly respected and generating Seed Funds could be relatively easy for it, assuming the product is worthy enough to generate returns.

How to Learn Blockchain?

If you want to learn Blockchain, you should first get familiar with its basics. There are many resources available online which can teach you about the blockchain basics. You should also try to brush up on your programming as well as problem-solving skills before getting started with a course.

Although it is recommended to get a course, the only real way you can learn blockchain is by immersing yourself in this beautiful technology which could potentially change the face of most of the industries in the years to come.

In recent years blockchain has seen huge support from all around the world. With people getting more aware of security and privacy, decentralization is being seen as a viable option for many. Blockchain has been implemented by big companies such as Walmart and FedEx recently.

Blockchain-based cryptocurrencies are being supported by people like Elon Musk. This provides confidence to the people who are working in, or who want to enter, the blockchain domain. According to my opinion, blockchain is here to stay and it is only going to go ahead, in the future, from the point where it stands today.

Rumman Akhtar
Hey! My name is Rumman Akhtar. I am a junior at Birsa Institute of Technology, Sindri. I am pursuing Engineering in Information Technology. I am a Tech-Enthusiast and love to acquire knowledge about what’s buzzing in the Tech World. I love to read and watch videos about technology. Some of my favorite YouTubers are MKBHD, Linus Tech Tips, Unbox Therapy, and Dhananjay Bhosale. I am a hardcore Android user. My Mi A2 running on Android 11 custom ROM would bear witness to that. Apart from this I also love to design using Illustrator and XD which is a bummer because I always have to go back to Windows 10 from my Manjaro. Yeah, I use Linux for almost all my other work. I had also tried my hands on Android Development and currently, I’m learning Web Development.
RELATED ARTICLES
Technology