When will be Pubg launch in India | Pubg India release date 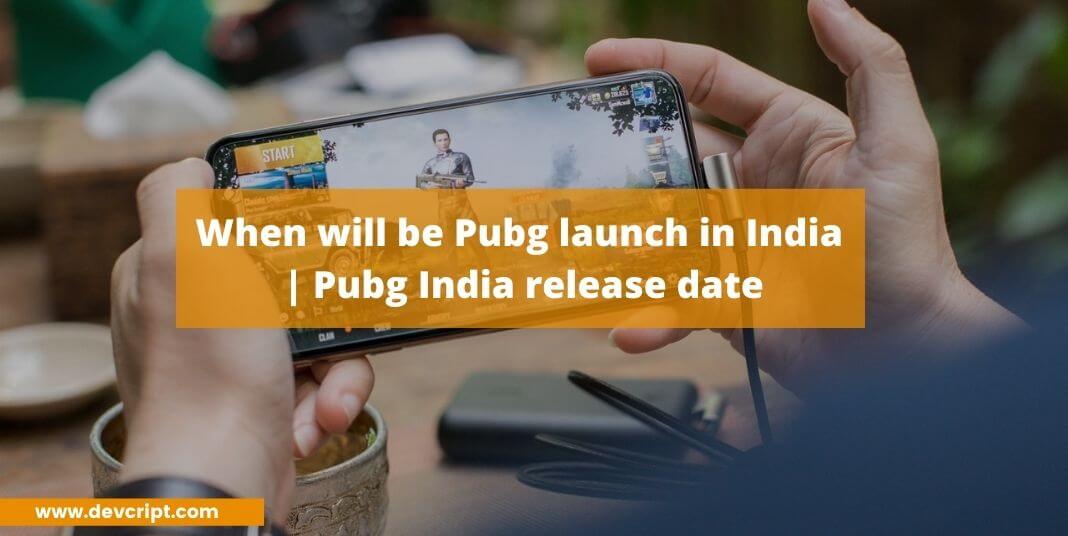 Pubg, or Playerunknown’s Battleground, is undoubtedly the most popular mobile match of our times, and millions were left devastated following its ban on 4 September. Many called it the black September when the Ministry of Electronics and Information Technology (MEITY) banned 117 Chinese apps, along with Pubg Mobile.

Before its ban, the game was downloaded more than 200 million times in India, and Pubg mobile players were hoping that it would not be banned in India, citing its origin is not Chinese but South Korean. Shenzhen-based Tencent’s shares fell by more than 2% and the company lost more than $14 Bn in market value. The ban came as a big blow for the gaming giant as India had contributed 24% or 175 Mn of PUBG’s worldwide 734 Mn downloads till June 2020.

Even after the ban the game still running and it was almost ok until the officials announced the news that after 30th September they are going to shut down the servers for India. Everyone was sad about the game but within a few days, they announced that they are coming back with the Indian version of Pubg Mobile the dates were leaked and the was to go on the 13th of November before Diwali but they released only the teaser. Everyone got disappointed and they wanted to know but it only came out that this delay was due to some government work. Many fake news and rumors are rising daily that the game would launch on this day on that day and the hope used to break every time.

But after a few days news popped up that Pubg Mobile registered itself as a private company in India on 21st November 2020 and the company has two directors Hyunil Sohn also the head of Pubg Corporation and Kumar Krishnan Iyer has directorship in 10 companies. The players are blaming the government for the delay, but if you guys remembered at the start of July, official news came out that the Pubg corporation is going to update their privacy policy on 2nd December and the reason was the privacy policy that can transmit user information to unknown server locations across the globe and especially to the Chinese government which was a serious concern for the national defense of India.

The Pubg Corporation will be updating their privacy and policy in India and they have partnered with Microsoft Azure by breaking the partnership with Tencent. Microsoft is an American company and they will be the distributing partner in India. The officials are having talks with the MEITY about lifting up the ban and this procedure may take time because it’s not as easy as it looks. The MEITY will be checking the game first, making the privacy and policy more secure and after the talk is over then we can have the official news.

So When will Pubg India will be launched?

There is no chance that the game wouldn’t unban it may take time to unban but it will because the company has started doing investment by releasing the teaser and putting ads on YouTube and they are going to invest $100 million in India. We just need to keep patience and that’s all and just avoid the rumors until it’s official. As per the news the game might unban till the end of December or at the start of the year 2021.